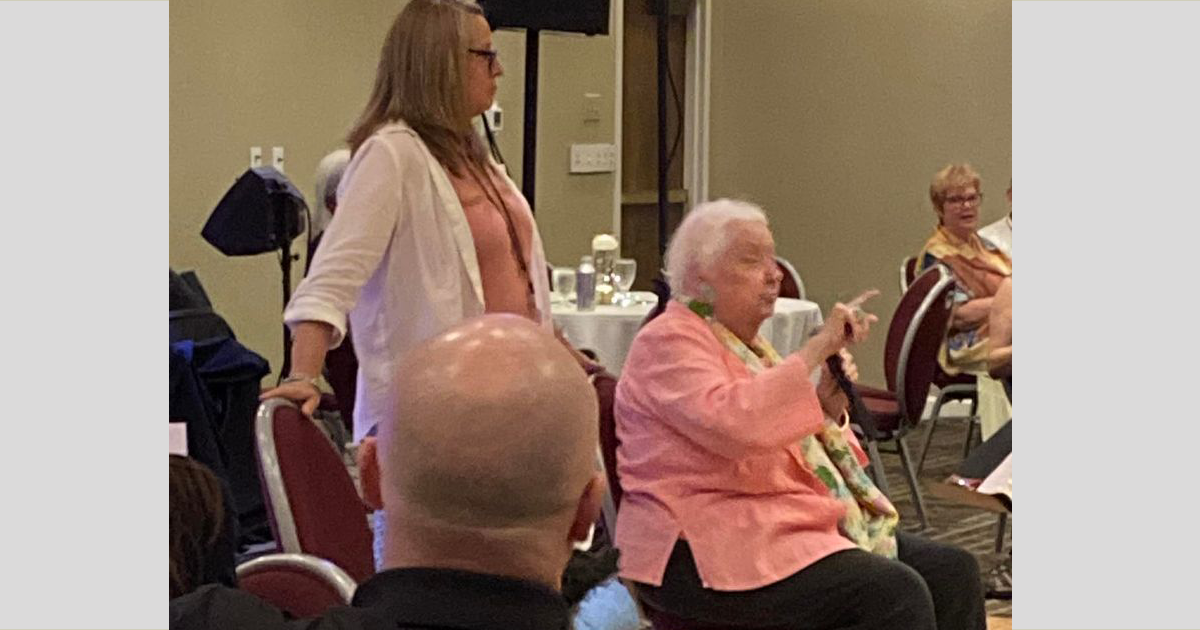 Dixie Rettig was asked to tell a few stories about her family in Iran. Like many parents, they took their children kicking and screaming to a foreign country. All the children were convinced their lives would be ruined. Her son Buzz came to visit from college, got out of the taxi and fell into a jube – “he lived to tell the story.”

Dixie has been teaching quilting for many years and was interested in seeing men quilting on the sidewalks. Dixie wanted to take a small quilt home with her because the large ones are very heavy. What makes them heavy is they are stuffed with wool, right off the sheep. She found a store that sold baby quilts, but the owner would not sell it to her. Because of the language barrier he refused to sell the baby quilt to her, she finally realized what the problem might be so she went home to get her daughter, came back and he thought the daughter was having the baby, and sold her the quilt, happily. Dixie displayed the quilt at the banquet, Saturday night. 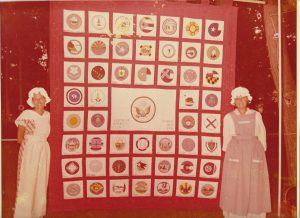 One of Dixie’s best memories was making a quilt for the 1976 bicentennial. 50 women each did a square for their home state, Carolyn Buka embroidered the American seal for the center of the quilt. This quilt was displayed in the American Embassy for the 4th of July celebration. Posters were ordered to display in various locations of our July 4th celebrations. The posters colors were to naturally to be red, white, and blue. However, they were pink, green, and gold. Never an explanation as to why but the posters were displayed as is.

Dixie Rettig is a needlework historian and textile conservator and the mother of Buzz and Lisa Rettig.